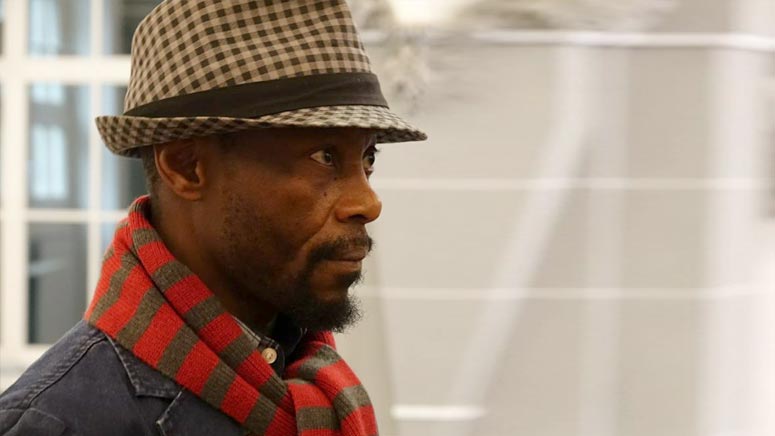 In recent weeks I have received several inquiries regarding the status of the Obelisk on the Königsplatz in Kassel, or “Das Fremdlinge und Flüchtlinge Monument”. I wish to address those inquiries.

I have already communicated to the City of Kassel through my agents that I’m happy with the outcome of the recent fundraising for the purchase of the Obelisk, and that in line with my earlier pledge, I will accept the City’s offer to purchase the work for the sum donated by the public.

I have also communicated to the City, as indeed I have all along, that the Obelisk is a site-specific conceptual art work and the Königsplatz is integral to the work. In effect, removing the work from its present site is not an acceptable option.

That being the case, we have yet to hear back from the Mayor’s office as to whether their offer to acquire the work still stands.

As stated, the Obelisk is a site-specific conceptual art work. It is different from a number of other works that the City of Kassel has acquired in the past. The size of the obelisk, its height, the choice of material, the colour of the material which is specifically chosen to reflect its surroundings when wet or dry, the use of four languages instead of the single language which I proposed for other sites, and perhaps most importantly, the very choice of an obelisk instead of the typography-only concept which I originally proposed for other sites in the city, every single one of these elements was specifically chosen because of the Königsplatz; it’s history, design, layout, location and significance; its daily social and civic function; as well as the practical ordnance specifications that the site presented in the course of several redesigns of the Obelisk. Even the final choice of platform for the work was made because of its proximity to the tram stop so that people could sit on the Obelisk to wait for their tram.

For each one of the several sites that documenta originally asked me to propose a public work for, I proposed a different art work. One of those original sites, in fact, was Hollandischer Platz, and I have included here my original proposal for Hollandischer Platz submitted to documenta in January 2017. As the attached image clearly demonstrates, if I were asked to make a work for Hollandischer Platz, I would not make an obelisk. The same goes for any other site or location in the city. The only site for which I proposed an obelisk, a symbolic object from Egypt where Jesus spent his childhood, was the Königsplatz because that was the only site that suggested the idea of an obelisk to me, and the only site for which the obelisk that I eventually produced is suited.

I should state categorically that I fully understand that any public space granted by the City for a documenta art work is on loan only until the end of the exhibition. It is not a permanent lease.

It is also the case that when the City purchases a public art work through civic participation and public donations, the work becomes City property.

Given that every art work is different, and that conditions which apply to one art work might not be suitable for another art work, it is reasonable to expect that the City would anticipate that a site or location might be integral to the form and meaning of certain public works, and that this would include work that it may wish to acquire on behalf of the public.

In such circumstance it is proper to expect the City to preserve the work in its intended location, and honour its responsibility not to compromise the integrity of the work.

On December 19, 2017 the Cultural Advisory Committee of Kassel comprising directors of all the city’s major cultural institutions met and recommended to the City administration and Council that they should purchase the Obelisk. They also recommended that the Obelisk should remain on its original site, as intended by the artist.

As part of the many public discussions that have taken place since the fundraising campaign was announced in late January, a public forum about the Obelisk was organised in Kassel on April 13, 2018 which included several participants from the creative community, the community of cultural experts, religious organisations, the City administration, and the general public. The panel 2 discussion was hosted by documenta forum. After much debate, the overwhelming recommendation was that the Obelisk belongs on the Königsplatz and should be preserved there.

Most recently, on May 17, 2018 the City Cultural Advisory Committee met again and once more recommended to the administration that the Obelisk belongs on the Königsplatz and should be preserved there. They rejected arguments about removing and relocating the work, and repeated their advise that the work should be acquired and preserved in its present location.

And, interestingly enough, at the meeting on May 17 the City’s deputy for culture revealed that the plan of the Mayor’s office is to purchase the Obelisk and then, remove it and put it in storage.

It does appear as though the City administration is hesitant to accept the advise of even its own advisory committee of experts, and many wonder why.

They wonder why a city administration that has earned itself a reputation for emphasising financial prudence would insist on removing the Obelisk at great cost to tax payers, against repeated advise from the city’s Cultural Advisory Committee, and against the artist’s express wishes.

Several arguments have been made as to why the Obelisk should be removed from the Königsplatz. Each of those arguments is contestable at best. The City of Kassel does not need to remove the Obelisk in order to accommodate other documenta work in the future. By deliberate design the Obelisk has a very small footprint and occupies a most minuscule fraction of the square, leaving the rest open and available for several other interventions in the future. Besides, the documenta community, including documenta forum, have repeatedly recommended that the Obelisk be preserved on the Königsplatz.

The City does not need to remove the Obelisk from the Königsplatz in order to accommodate social and civic activities. I have personally attended an open air Catholic mass in the square since the work was made, along with several thousand congregants, and the Obelisk did not stand in the way. Political rallies have been held in the square, fairs, poetry jams, demonstrations and other activities have all taken place in the square without obstruction or incident. And, as I noted in my public statement in February, the more than two million visitors who attended the Christmas market at the square during the holiday season did not find the Obelisk obstructive. On the contrary, they noted and appreciated its welcoming message. The fair designers stated that they were happy to integrate the Obelisk in their design, and some merchants offered obelisk themed Christmas merchandise.

In other words, the Königsplatz Obelisk is well integrated in its site because it belongs there, and the production team, the architect, the City engineers and I all made every effort to produce a work that fits in its intended site.

I am aware, of course, that the City administration has come under considerable political pressure from certain entities to remove the Obelisk, in same way that certain parties removed and banished progressive art in the 1930s. Recently, I received a note from a senior official of the city’s ruling party, the SPD, stating that if the Obelisk is not removed from the Königsplatz they would have problems with members of the right wing. Surely, I do not think that art works should be removed simply to avoid problems with members of the right wing. These are the same entities who have previously described the Obelisk as “entstellter Kunst”. I am confident that in the end, the City of Kassel and the SPD will not be on their side or fulfil their demands.

I have done my part as an artist to produce a work which many consider worthy of its site and have requested the City to preserve. The people have done their part by donating funds to acquire and preserve the work. Now, it’s up to the City of Kassel to do its part and acquire the work on their behalf, and preserve it on its intended site without doing damage to it. If that requires the City to review its policies, then, I urge the City to do so.

Many donors have written to me to express their honest wishes and hopes that the Obelisk will remain on the Königsplatz. I sincerely believe that the City of Kassel will not betray their trust. My agents and I are eagerly waiting to hear from the City that everything is set for the acquisition to go ahead.